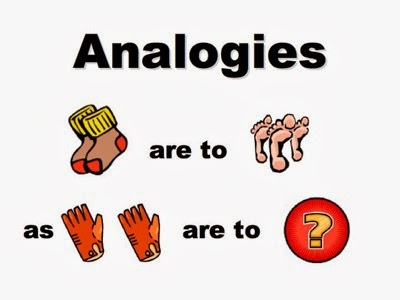 Meaning of Analogy
Analogy means ‘Similar items’. There is three types of Analogy
(a) Number Analogy
(b) Letter Analogy
(c) Word Analogy
In questions based on analogy, a pair of numbers/letters/words is given that have certain relationship between