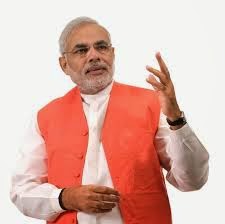 The greatest speculation in the country prior to May 16, 2014 was if the NDA could bag the 272 seats required to form a government without having to depend on allies and external supporters. Now with BJP having bagged 282 seats by itself the next big debate is about the cabinet-to-be. Narendra Modi is likely to be sworn in as India’s PM on May 26, 2014.
Likely faces in NaMo’s Cabinet
Arun Jaitley – Arun Jaitley lost Amritsar but is likely to gain much more, if the rumors are to be trusted. Mr. Jaitley is currently an appointed member of the Rajya Sabha and this should suffice to gain access to the coveted Finance Minister chair. A lawyer, Mr. Jaitley has been a strong critic of the INC’s economic policies.
Murli Manohar Joshi – Veteran educationalist, Dr. Murali Manohar Joshi had previously held the Human Resource Development portfolio in Vajpayee’s government. He may well be invited to handle the education
department as Minister for Education given his indomitable knowledge and vast experience in education sector. Alternatively, he may be asked to handle the Science and Technology portfolio which he held between 1999 and 2004.

L K Advani – As matters stand right now it looks highly unlikely that party veterans such as L K Advani will accede to joining NaMo’s cabinet.  If he does, however, he shall be the best possible choice to head the Ministry of Home Affairs, a portfolio he had held between 1998 and 2004 when Vajpayee had led the government. Mr. Advani’s experience, wisdom, and political acumen are certainly treasure troves that NaMo could benefit from.
Sushma Swaraj – This fiery lawyer, MP from Vidisha in MP is one of the most prominent faces of the party. Though a great candidate for the Ministry for External Affairs, Ms. Swaraj may have antagonized NaMo by according preponderance to the party rather than the PM-to-be.
Rajnath Singh – The BJP President may well eye a key portfolio in the NaMo government. With “bullet train” plans in the pipeline Mr. Singh is a likely choice as the head of the Railway Ministry. Alternatively, Mr. Singh could be named Deputy Prime Minister – a position held by L K Advani in the Vajpayee government.
Nitin Gadkari – While Nitin Gadkari is currently in the news for the Arvind Kejriwal defamation case, his previous experience as the Public Works Department Minister in Maharashta puts him in good stead to claim Commerce and Industry, or a Civil Aviation and Road Transport, Highways combined portfolio.
Meenakshi Lekhi – The New Delhi Member of Parliament is a dynamic young woman. An upcoming politician, Ms. Lekhi is the ideal candidate for the Minister for Information & Broadcasting slot. Her camera-friendly profile and media-savvy demeanor are certainly advantageous.
Ravi Shankar Prasad – Ravi Shankar Prasad, the deputy Leader of Opposition in the Rajya Sabha is also a well-known senior advocate at the Supreme Court of India. Mr. Prasad has previously been the Minister of State (Coal and Mines), the Minister of State (Law and Justice), and the Minister of Information and Broadcasting in the Vajpayee government. Mr. Prasad is a key contender for head chair at the Law Ministry.
Gen V K Singh – The retired General is a popular choice for Minister of Defense position. General Singh retired as Army Chief last year. With NaMo’s ascendency already casting a shadow over the 7th Pay Commission, this is the best option for NaMo to keep the defense forces happy.
Arun Shourie – Mr. Shourie held the Telecom and Disinvestment portfolios in the previous BJP government and is the second choice for the Finance Minister role in case Mr. Jaitley’s Amritsar debacle counts against him. Mr. Shourie was an economist with the World Bank and has been the recipient of the 1982 Ramon Magsaysay Award. He has also been an eminent journalist for many years.
Subramanian Swamy – This very learned economist came to be known as the first Opposition Party member to be given a Cabinet rank by a ruling party during the tenure of PV Narasimha Rao. Dr. Swamy, previously a Minister for Commerce and Industry is the ideal candidate to head the Ministry of Human Resource Development.
Amit Shah – Popularly known as Narendra Modi’s Man Friday, Amit Shah is a likely contender for the Vadodara seat if NaMo were to retain Varanasi. Mr. Shah was the Minister of State for Home Affairs in Gujarat till 2010 and is likely to gain a key portfolio in NaMo’s cabinet. Which portfolio shall be his, is a matter of much speculation, though.
Narendra Modi’s challenge is likely to be one of plenty – with a number of talented names and experienced politicians in his repertoire vying for key positions. The underlining factor here is that Narendra Modi would like to keep his cabinet small and compact allowing for a tight control.
Super Ministry
If recent news reports are to be believed, NaMo and other BJP leaders are contemplating the formation of Super Ministries by combining existing portfolios. While Tourism, Culture, and Civil Aviation could be combined together, Rural Development and Panchayati Raj could be grouped together and External Affairs likely to be clubbed with Commerce. Road Transport, Airways, and Shipping could form one Super Ministry while Electricity, Renewable Energy, and Petroleum headed by one minister. Tourism, Culture, and Civil Aviation could be deemed a Super Ministry too. The pros and cons of fashioning out such Super Ministries are being debated across the nation – while some believe that this is likely to boost ailing sectors and renew focus on interrelated areas, others hold that this could only make the ministries unwieldy making good governance a far-fetched dream. While on and off some ministers have been asked to handle more than one portfolio temporarily, the creation of such Super Ministries could make the competition for the chair at the helm a sharp one. Will this affect cordial relations between BJP MPs? Will talented people get left out in the race to the cabinet? Will this usher in a phase of better governance – achhe din? India will soon know
BJP Cabinet Announced :- Home – Rajnath Singh Finance- Subramanyam Swami Foreign- Arun Jaitley
Defense- Sushma Swaraj Railway- Vainkaiyaa Naidu Urban Development- Nitin Gadkari Agriculture-
Gopinath Munde Rural Development- Ananat Gite Health – Harshwardhan Law- Ravishankar Prasad
Commerce – SS Ahluvalia Telecom- Anant Kumar Coal- Hansraj Ahir Petrolium- Ramvilas Paswan
Heavy Industry- Aanandrao Adsul Aviation- Shahnavaj Hussain Minority- Mukhtaar Abbas Nakvi
Parliamentary Affairs- Sunlmitra Mahajan Women & Child Welfare- Anupriya Patel HRD- BS Yedurappa
Water Resources- Purusoottam Rupala Sports- Kirti Aazad Tourism- Sripad Naik Cultural – Minakshi
Lekhi Information- Jagdambika Pal Corporate Affair- Anurag Thakur Conventional Energy – BC Khanduri
NRI- Rajiv Pratap Rudhi Social Justice- Bandar Dattatray Home MoS- Satyapal Singh Defense- MoS-
VK Singh Agriculture MoS- Raju Shetty Social Justice MoS- Ramdas Aathvale Law MoS- Kirit Somaiyaa