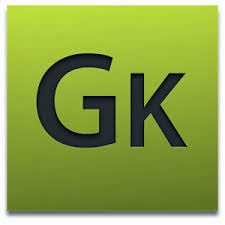 100 Question Asked in Various Recent Exams (SBI, IBPS RRB, IBPS PO)
Share with your Friends-
1. What is the capital of Guyana? - Georgetown
2. National Journalism Day is observed on which day every year? - 17 November
3. Apollo Hospitals tied up with Pharma firm - Sanofi
4. Mohammad Ghouse, passed away in Chennai. He was associated with which sports? - Cricket
5. Expand COMPAT - Competition Appellate Tribunal


6. Indian men hockey team clinched gold after how many years in Asian Games? - 16 years
7. India won how many gold medals in 17th Asian games? - 11
8. Expand TS GENCO – Telangana State Power Generation Corporation
9. Who is Michael Phelps? - US swimmer
10. Indian Railways on 10 October 2014 celebrated its ……… Annual Railway National Awards - 59th
11. PM Narendra Modi addressed Indian-Americans at world famous Madison Square Garden.Madison Square Garden is situated in which city? - New York
12. J. Jayalalithaa became first incumbent chief minister to be convicted for corruption and was sentenced for 4 years in Jail .She was the chief minister of ____________ state? - Tamil Nadu
13. The Vision Statement is issued by - India and US
14. Kailash Satyarthi is associated with _______movement? - Bachpan Bachao Andolan
15. Who is the author of the Book " The shadow lines"? - Amitav Ghosh

30. Recently who has become the first player of Indian origin to be a part of the National Basketball Association (NBA)? - Sim Bhullar
31. Who is the present Global Goodwill Ambassador of UNICEF? - Sachin Tendulkar
32. ___________ is an e-Commerce solution of National Payments Corporation of India (NPCI)? - RuPay Debit Cards
33. Recently SBI signed _______ line of credit with Export Import Bank of India. - 500 million dollars
34. _________ highest urban population? - Maharashtra
35. Japan has sea-conflict with _________ country? - China
36. ________ signed an agreement with the Kochi Metro Rail Ltd. for a loan of Rs. 1,170 crore? - Canara Bank
37. Recently former President of the United States of America Bill Clinton visited Jabrouli village, near Lucknow, on an awareness mission on - diarrhea
38. India has inked a loan agreement with World Bank for an assistance of ____for the Odisha Disaster Recovery Project. - $153 million
39. For the safety and welfare of women how much money has been provided for Beti Bachao Beti Padhao Yojana to generate awareness on the issues? - Rs. 100 crores
40. ___was conferred “Best Bank – Public Sector” award in BFSI Awards-2014 by World HRD Congress, recently? - Bank of Maharashtra

41. What is Current Repo Rate? - 8%
42. Recently Priyanka Chopra played a role of Mary Kom in a movie, who is Mary kom? - Boxer
43. Expand DBT - Direct Benefit Transfer
44. Lisbon is the capital of – Portugal
45. Currency of Saudi Arabia - Riyal
46. What is ‘C’ in KYC? - Customer
47. What is ‘I’ in REIT? - Investment
48. Mary Barra who recently visited India is the CEO of – General Motors
49. According to RBI norms, what is minimum capital required for foriegn banks to open subsidaries in India? - Rs 500 Crores
50. 17th Asian Games were held at- Incheon

62. Current Prime Minister of UK is - David Cameroon
63. Who was the Indian cricket team coach in the recent debacle against England in the investec test series? - Duncan Fletcher
64. Shivasundram hydro power project is stated in which state ? - Karnataka
65. _________ has launched premium credit cards exclusively for women scheme? - HDFC Bank
66. The upper limit that can be deposited in PPF account has increased to – Rs 2 lac
67. “And Then One Day” novel is authored by – Naseeruddin Shah
68. _________ has not been conferred with Padma Shri awards? - Raghunath Mashelkar
69. Bhamashah Financial Empowerment scheme is launched by the government of which of the following states? - Rajasthan
70. _________ states in India has the highest rural population? - Sikkim
71. The minimum paid up capital required for both small and payment banks is – Rs 100 crores

72. Limit for FDI in multibrand is - 51%
73. _________ banks has signed 500 million dollar line of credit EXIM bank of Korea? - SBI
74. Committee formed to review the investment guidelines for national pension schemes in the private sector – G.N. Bajpai Committee
75. As per HSBC report India will become the fifth largest exporter by the year - 2030
76. Asia’s first ballistic Research Centre is to be opened in – India
77. The book ‘Lajja’ is authored by – Taslima Nasrim
78. Name the French Foreign Minister who recently visited India. - Laurent Fabris
79. ‘Economic Outlook Report’ is published by which of the following organisations? - IMF
80. India’s first Kisan Mandi is to be set up in – Delhi
81. Jan Dhan yojna additional insurance coverage is provided by which organization? - HDFC
82. What is the tagline of United bank of India? - The Bank that begins with U.

83. BSBDA is related with which of the following field? - Banking
84. Which is the Largest desert in the world? - Sahara
85. Who is Lieutenant Governor of Delhi? - Najeeb Jung
86. Hanoi is the capital of –Vietnam
87. Who is the author of Half girlfriend? - Chetan Bhagat
88. PMGSY full form-Pradhan Mantri Gram Sadak Yojana
89. What is the Currency of China? - yuan
90. What is the maximum amount in PPF? - Rs 150000
91. Kudankulam Nuclear power plant is situated in which state? - Tamil Nadu
92. Who is the Director of Finding Fanny? - Homi Adajania
93. What is the Maximum limit of RTGS? - No limit
94. Pre shipment and post shipment is related with which finance? - Export finance

95. State with lowest population, according to census 2011? - Sikkim
96. RBI release draft Guidelines for Licensing of Payments Banks and Small Banks.What is the capital of these banks? - Rs 100 crore
97. RRCAT is located in which state? - Madhya Pradesh
98. Individual Borrower can check their credit report from –CIBIL
99. EBT full form-Electronic Benefits Transfer
100. Bank license given to which NBFCs ? - Bandhan and IDFC